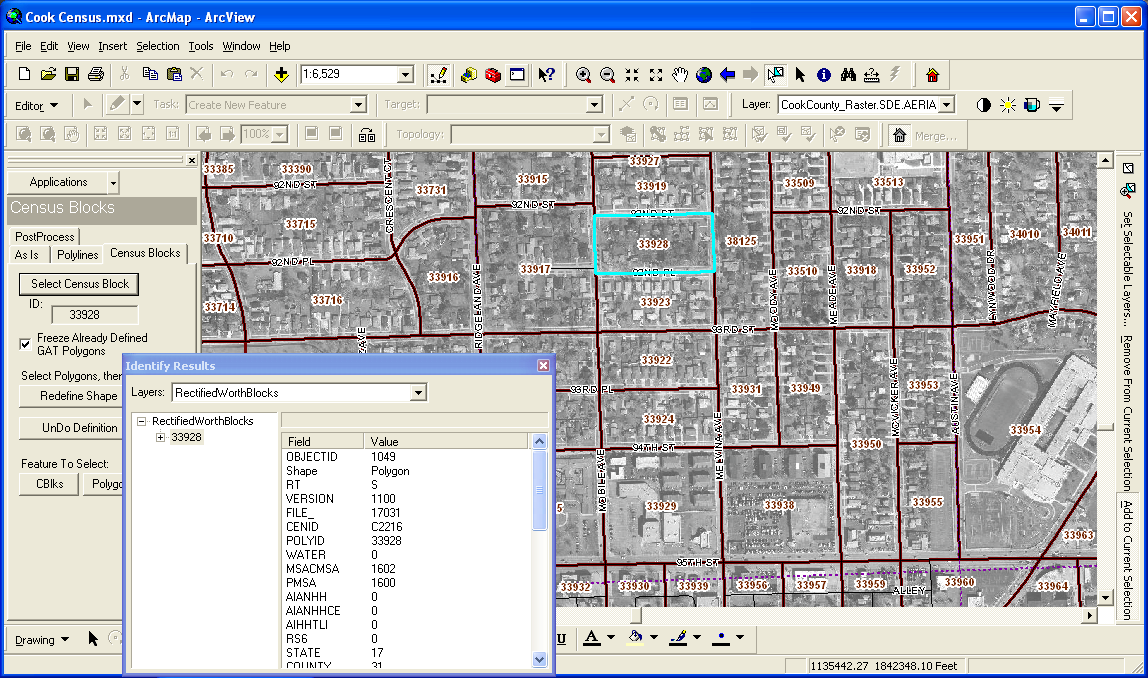 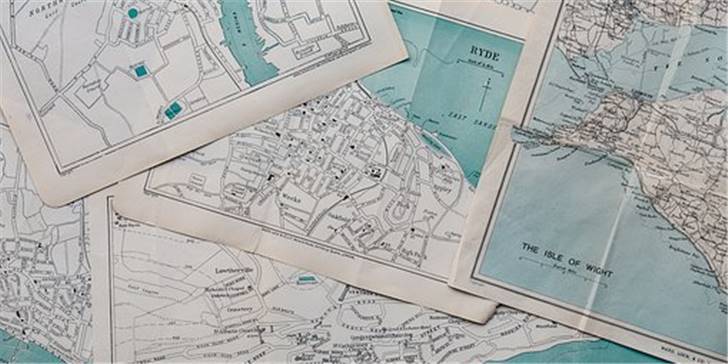 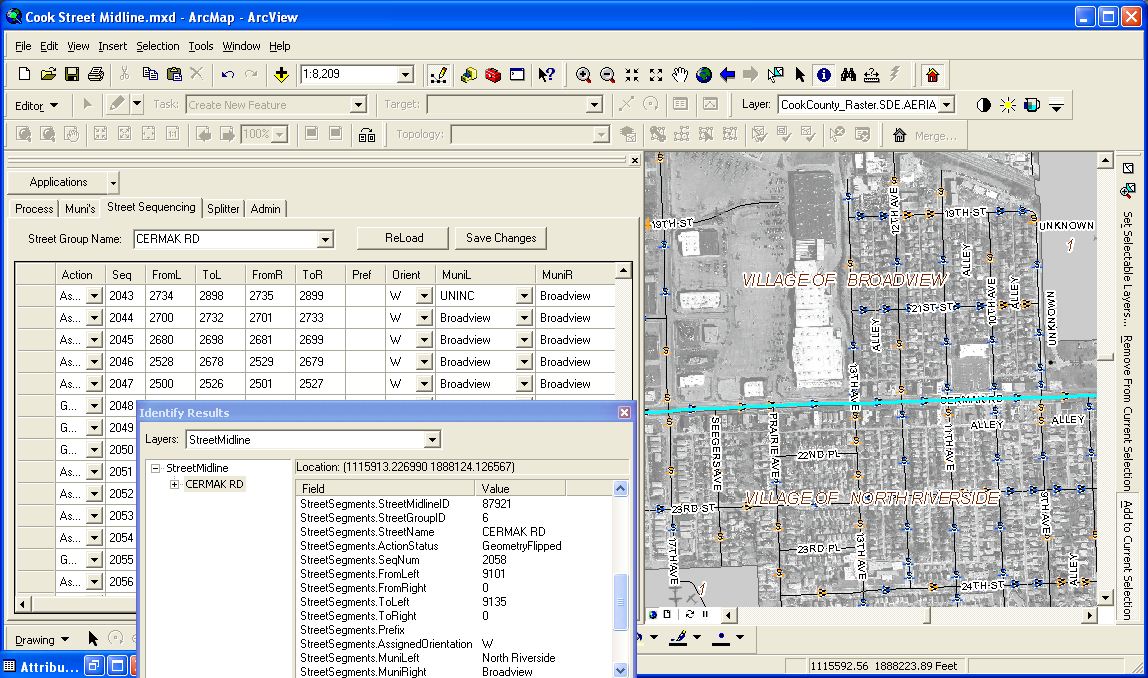 The Cook County Department of Office Technology was in need of rectification and updating of a number of its GIS data layers. The County Street Centerline data layer had been found to contain inconsistent geometry, and was in need of updating and “flipping” segments so that it would provide a useful environment for geocoding based on a left/right address range. In addition, the County desired each segment to be assigned a left/right municipality, and a direction orientation.

Some data, including Census Block boundaries and Zip Code boundaries, had been created based on inaccurate or incomplete sources and were in need of conflation to County infrastructure. Other data was to be updated or re-created to reflect the current Congressional, State Representative, and State Senate Districts.
The County also desired a custom ArcMap tool that would allow users to split a Street Centerline feature at a specified point while maintaining attribute data and recalculating address ranges for the updated features. Using this tool, users would be able to update Street Centerline data while preserving an accurate geocoding environment for all modified areas.

Great Arc developed tools to help in the automation of the above tasks where possible. For the Street Centerlines, this involved a custom ArcMap user interface which automated the process of identifying segments whose geometry was incorrect based on its assigned address range. Once identified, the tool then reversed the geometry of the affected segments, and assigned orientation and left/right municipal attributes. The resulting Street Centerline data was then reviewed for geocoding integrity based on left/right address ranges and updated geometry.

Great Arc also created a Street Centerline splitting tool, which allows the user to select a street segment, choose a point or intersection at which to create the split, and automatically create two new segments with complete attributes. The address range field is calculated in proportion to the lengths of the new features, and the user can review the calculated range for estimation errors and manually adjust the range if necessary before committing the shape. This tool enables County department analysts to update and maintain Street Centerline data while ensuring a consistent geocoding environment.

Census Block data was updated with the help of another Great Arc custom ArcMap tool. The Census tool allowed updating of the County census data through a two-step process. Since the County had previously performed some data conflation on this data set, many of the Census Blocks were correct as-is and needed no updating. The Great Arc tool allowed the user to identify those blocks that were correct and to withhold them from further processing.

Where blocks were in need of updating, the tool then provided an interface in which the user could define the correct extent of a given Census Block, update the geometry based on County infrastructure, and assign the desired attribute data to the newly updated feature. In this way, Great Arc re-created the Census Block data set, conflating it to current County base data layers, and preserving the existing attribute data.
Zip Code boundaries, as well as Congressional, Senate, and Representative District boundaries were updated in ArcMap based on current County base data layers and available sources, including U.S. Postal Service and Illinois State Board of Elections data.